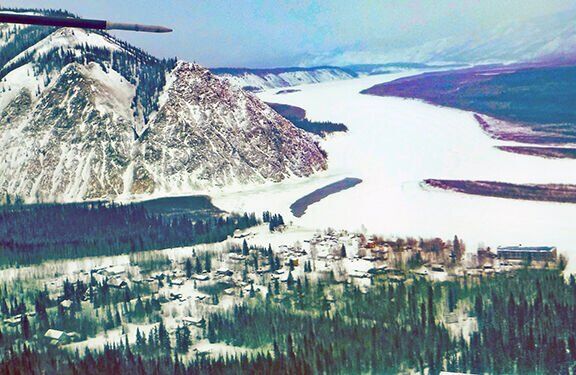 The frozen Yukon River at Eagle, Alaska in February 2020. 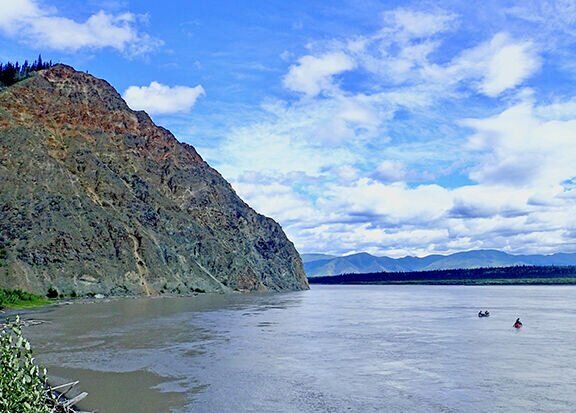 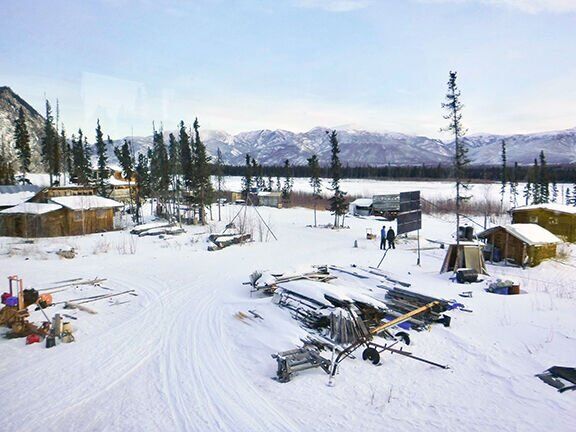 Andy Bassich’s property about 12 miles down the Yukon River from Eagle, Alaska. 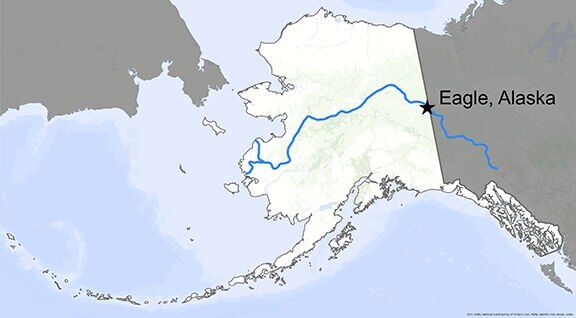 Eagle Alaska along the Yukon River.

The frozen Yukon River at Eagle, Alaska in February 2020.

Andy Bassich’s property about 12 miles down the Yukon River from Eagle, Alaska.

Eagle Alaska along the Yukon River.

Andy Bassich lives on the south bank of the Yukon River, about 12 miles downstream from Eagle, Alaska, the first community in America along the largest waterway in Alaska.

Like all of the few-thousand people who live along the big river in Alaska, Bassich hopes that river ice formed by the cold air of winter will continue to disappear in a mushy fashion, one that does not cause flooding.

Speaking by phone in early May 2022, Bassich sounded optimistic that he might avoid the rapidly rising river water he has experienced in past springs.

“The cold nights we’ve had have really eased my mind a lot,” he said.

Below-freezing temperatures during the coldest parts of the day have slowed the pulse of meltwater from surrounding hills and flats. The upper Yukon landscape was buried with up to 200 percent of its normal snowpack during winter 2021-2022.

When air temperatures this time of year remain above 32 F all day and night, meltwater pours into the colossal drainage channel of the Yukon. The river can rise fast, lifting the ice and fracturing it into jigsaw pieces. The current can then carry those shards downstream, where they can catch in river bends or on islands, act as a dam and cause water to back up.

This ice-jam flooding caused the most damage anyone had ever seen in 2009, destroying Eagle Village and the waterfront of the town of Eagle a mile downstream. That year, Bassich, his partner and many of his sled dogs were helicoptered to safety when floodwaters and ice slabs overtook his homesite.

Though his snow trails through the nearby forest had mostly melted away, Bassich in early May 2022 said the Yukon River ice in front of his home remained solid enough that he could mush dogs on it if he wished.

Though all that snow still to melt in the upper Yukon watershed was on Bassich’s mind, he is also encouraged by his observation that melting winter snow on top of the river ice has helped transform some of it into “candle” ice, which is weaker.

“We had so much snow this year — knee deep on top of the river,” he said. “When that melted off, it laid on top of the ice and helped soften it up.”

Eagle and other river communities south of the Brooks Range have above-average potential for flooding this spring, said Crane Johnson, a National Weather Service hydrologist with the Alaska-Pacific River Forecast Center.

In a presentation with Alaska climate expert Rick Thoman recently, Johnson pointed out that a few dozen remote snow-measuring sites in the upper Yukon River drainage measured their highest or second-highest ever amounts of snow this winter.

“It’s dramatic,” he said of the stored water that is now flowing toward channels in the landscape. “It has the potential to drive ice-jam flooding, and snowmelt flooding.”

Johnson will soon join a pilot and emergency manager in flights over the Yukon River as part of the River Watch team. He will look at river bends and other pinch points and the state of the river ice and inform local residents of what he sees.

I may join them in the air a few hundred feet above the Yukon River. I am travelling to the town of Eagle to report on river breakup there.

When will we have our first snow accumulation?