You are the owner of this article.
Edit Article Add New Article
1 of 4

The military police are constantly on patrol on the missile field to ensure the security of the missiles and personnel on the field. Photo by Tim Holoday 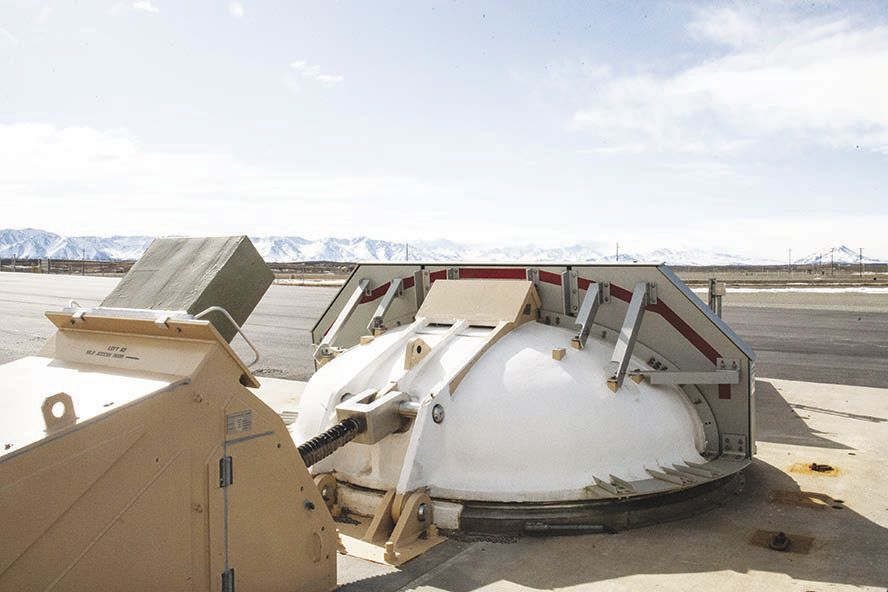 The clamshell cover that protects the Ground-Based Interceptor in the silo below. In the event of a launch, the clamshell is swiftly opened so the missile can be launched. Photo by Tim Holoday 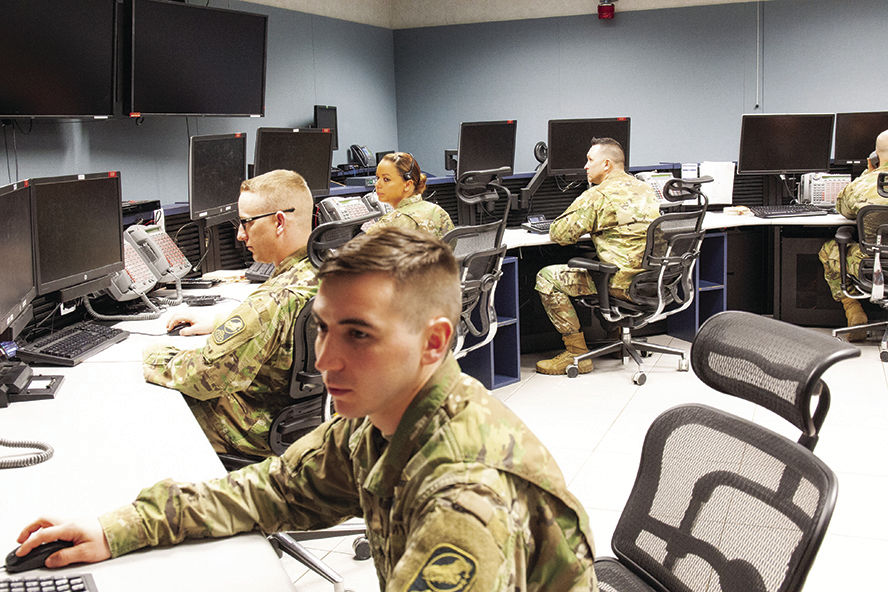 Crew inside the Fire Direction Center demonstrating their detection and destruction of a simulated incoming ICBM. Photo by Tim Holoday 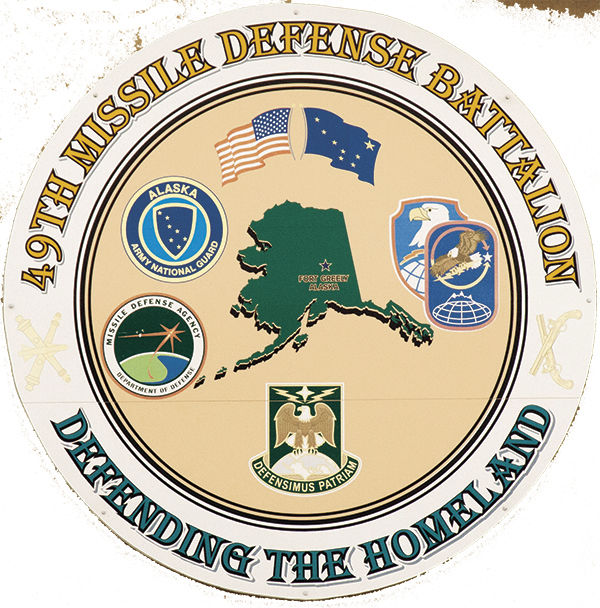 The military police are constantly on patrol on the missile field to ensure the security of the missiles and personnel on the field. Photo by Tim Holoday

The clamshell cover that protects the Ground-Based Interceptor in the silo below. In the event of a launch, the clamshell is swiftly opened so the missile can be launched. Photo by Tim Holoday

Crew inside the Fire Direction Center demonstrating their detection and destruction of a simulated incoming ICBM. Photo by Tim Holoday

The Missile Defense Agency recently opened its doors at Fort Greely to a select group of members of the media to provide a tour and insight into the workings of the 100th Missile Defense Brigade and the 49th Missile Defense Battalion. Media outlets represented included those from South Korea, Japan, Reuters News Service, network news outlets from Anchorage and Fairbanks, as well as newspaper representatives from Fairbanks and Delta Junction.

For people in Delta Junction and at Fort Greely, missile defense is a part of everyday life, with a large percentage of the population employed by either governmental entities or by contractors who are employed by government agencies associated with Fort Greely. Even with this familiarity of the post, few people have the opportunity to view the missile facilities and see this part of Alaska that has captured the attention of the entire world.

The Missile Defense Agency was formed in 2002 and is responsible for several ballistic missile defense systems, which include the Ground-Based Midcourse Defense system that is located at Fort Greely. The United States currently has 44 Ground Based Interceptors (GBI) missiles, 40 of which reside on three missile fields at Fort Greely. The remaining four GBIs are stationed at Vandenberg Air Force Base in California.

Senator Dan Sullivan visited Delta Junction in May 2017 and announced the plans to increase the number of GBIs stationed at Fort Greely. Plans are well underway for the construction of Missile Field Four. This new addition will add 20 additional GBIs to the nation’s arsenal.

While the missile field to the casual observer may appear to be a desolate environment, upon closer inspection it is anything but that. With such a highly security sensitive area, the first thing that is noticed is the constant patrol of the Military Police who comprise one component of the 49 Missile Defense Brigade. It is their mission and duty to maintain the absolute security of the complex 24 hours a day, 365 a year. Civilian contractors park their cars in a large lot and are shuttled to work locations on the installation. Other contractors can be seen at different mechanical locations on the missile field providing preventative maintenance duties or servicing equipment.

On the tour day, one of the off-duty crews was present to demonstrate how they would react if a missile launch were detected. In this scenario, Los Angeles was the target of the missile launch by a foreign entity. This crew, without missing a beat, called out information to other members of the crew and received authorization to launch an interceptor, which ultimately destroyed the incoming Inter-Continental Ballistic Missile (ICBM). If this had been an actual launch detection, an identical Fire Direction Center (FDC) located in Colorado Springs would have mirrored the FDC at Fort Greely. Each location has five crews of five soldiers that are in a constant rotation. The FDC is never left unmanned. In addition, MDA maintains a list of soldiers who have been qualified on the operations and can be brought into service if needed. Each FDC has the ability to deploy a GBI if authorization is obtained, and both FDCs operate jointly.

All of the soldiers who apply for this elite position are carefully screened. Only the best of the best applicants will be accepted into the training program. Once in the program, the selection process continues, only advancing the top 10 percent of the soldiers in the initial round of training. Soldiers fortunate enough to advance then move on to training as a crew in groups of five. In this segment of the training, the soldiers are not only evaluated individually; they are now graded as a group. Again, only the top 10 percent of the groups will advance.

Once a soldier has achieved the goal of joining the elite MDA crew, training is not over. The crews both at Colorado Springs and Fort Greely continue training, readying themselves for any conceivable threat from any part of the world. Recertification of their skills is an ongoing and unannounced testing helps to keep them sharp.

The launch simulation lasted less than 90 seconds. When asked about the short duration of the simulated engagement in a post engagement interview, the 100th Missile Defense Brigade Public Affairs Officer, Captain Jennifer Staton, clarified that the battle with a GBI is over in minutes – not hours or days.

It is a common myth that the GBI has some sort of warhead that will destroy the incoming ICBM. The truth is that it simply impacts the incoming missile. The GBI operates in the exosphere, which begins at about 375 miles above the surface of the earth. In this lack of atmospheric friction, the GBI travels in excess of 15,000 mph. The incredible strike force of two objects that are traveling nearly a combined 30,000 mph will cause both vehicles to virtually vaporize.

Brigadier General Joseph Streff provided a media interview after the tour on the missile field. When asked if he believed the capabilities of the GBI may have had aided in North Korea’s recent indications to stand down their ICBM threat, he commented that while that may be more a political question, “I would suggest that we have something that can be brought to bear in case of a threat, is a consideration.”

The Ground-based Midcourse Defense system is only one layer of protection that is available to protect the country and it only operates outside the earth’s atmosphere.

Will you or did you go to any part of the Dean Cummings Memorial Basketball Tournament?