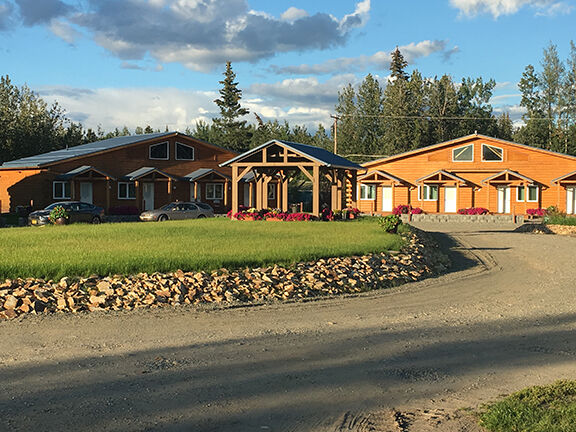 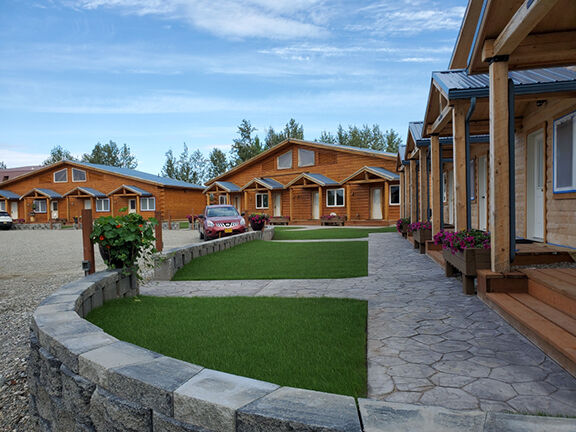 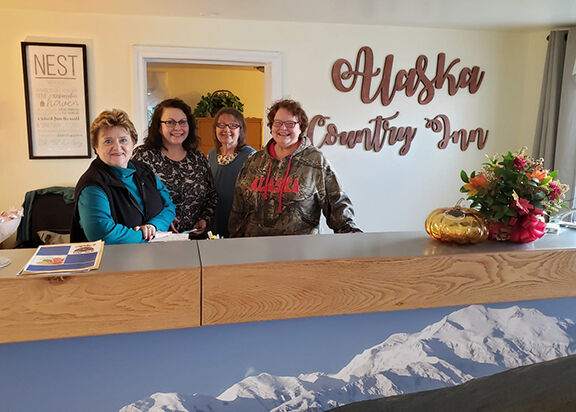 Delta Junction has seen its fair share of businesses come and go. If you have been around these parts for any respectable amount of time, the businesses you can call out that are only a memory will flow fluently off your tongue.

Some of the local businesses have adapted to changing times and have managed to make it through the times of boom and bust.

One of our local establishments has endured nearly 50 years, having its origins as a hardware and lumber store. Sam Kelly was fulfilling a lifelong dream of opening that type of business. Unfortunately, it was short lived as the store went up in flames on New Year’s Eve many, many years ago.

Rising from the ashen dreams of the hardware and lumber store, the Kelly’s decided that what Delta Junction really needed was a motel. After all, Fort Greely brought in visitors in the winter and the summer months had a steady flow of tourists. Kelly’s Alaska Country Inn was born in 1963.

In May of 2018 Prins and Linda Samuel purchased Kelly’s Alaska Country Inn. This seemed like a natural decision, as they already owned other rental properties in the Delta area and were already well suited for the hospitality industry.

Before retiring in 2017, Linda Samuel worked for Boeing on Fort Greely. In her position with Boeing she regularly interacted with contractors who would be spending many weeks or even months living in a hotel room while working on post. Samuel knew how living in a hotel room long term tended to take its toll on the workers.

After the Samuels took over the ownership of the motel, they had many dreams about how they wanted to improve the property and make it feel more like being at home than just simply staying in another motel room.

Shortly after taking over the business, the Samuels began a journey of remodeling and building. The first item on their “to-do” list was to re-create the front desk lobby for the motel.

For many years, the lobby was located adjacent to the owners living quarters. In order for the guests to feel comfortable, more space would be needed.

The front desk lobby area has grown to be many times larger than its predecessor and can now be used for hosting small meetings and even art exhibits. The most inviting aspect of the newly enlarged lobby is the “Country Inn” feeling.

When asked if architects were responsible for the interior design, Linda Samuel proudly explained that she and her husband Prins had the idea.  This was all created from their vision for the property.

She went on to explain that many aspects of the design were affected by finding examples of the too common “built the Alaska way” of construction. Samuel commented that even in the new lobby, some of the ceiling heights were not the same from room to room. Samuel was quite savvy in dealing with this issue and if you were not told of the differing ceiling heights, it would not be obvious.

As the Samuel’s continued on their quest to bring new life to the historic Delta property, they carefully examined and planned what to do with a significant portion of the property that was currently not being utilized.

One of the things that the Samuels hold is a deep respect for this community. Their dreams have been guided by trying to make Delta a better place.

The next project the Samuels embarked upon was to build three new buildings that each house three units. The new style of architecture welcomes guests with the “Country Inn” feeling.

One unit in each of the new buildings has two bedrooms. The newly constructed buildings are for their extended stay guests as each of the units has their own kitchen and laundry facilities in addition to a living room.

As the Samuels were nearing the completion of the new extended stay units, they realized that they had an abundance of soil that was excavated during construction.

Prins Samuel put a new spin on an old adage, “If you got lemons, make lemonade.” Prins was not going to make lemonade, but rather he created a new feature for the motel. That pile of dirt was transformed into a lush and smartly landscaped raised island complete with grass and a pair of gazebos.

Prins commented that he believes this new raised garden-like oasis he created would make a perfect setting for a wedding ceremony and reception.

The Samuels still have new projects underway. The railroad car that has been at the property for several years now has a companion railcar next to it. The exterior of the original railcar has been painstakingly refurbished and repainted to closely resemble the railcars that can be seen traveling on the Alaska Railroad tracks.

The future plans for the railcars are still a work in progress, but the Samuels believe there will be something exciting that will happen with them.

With all of the time and effort the Samuels have invested into this dream of theirs, one would think that at some point they might decide they have done enough. Normally, that would be the case. Not for the Samuels, they still have more dreams and desires.

The next step in their journey was to purchase the Mount Hayes building that adjoins their property.

For many years, this building had provided office space for many businesses. The Mount Hayes building will now be converted into additional extended stay units. When the remodeling and updating is completed, there will be three two-bedroom units and three one-bedroom units.

These extended stay units could also be rolled over into residential rentals depending on the current need in the community.

Prins and Linda Samuel both commented on all of the positive comments they have received from the community. They both were in agreement that all that has been accomplished would not have been possible without the outstanding people who have been working for them, including their project superintendent Jarred Milliron and his crew, as well as Kyle Eyre from Eyre’s Construction.

If you hunted this season, where you successful?