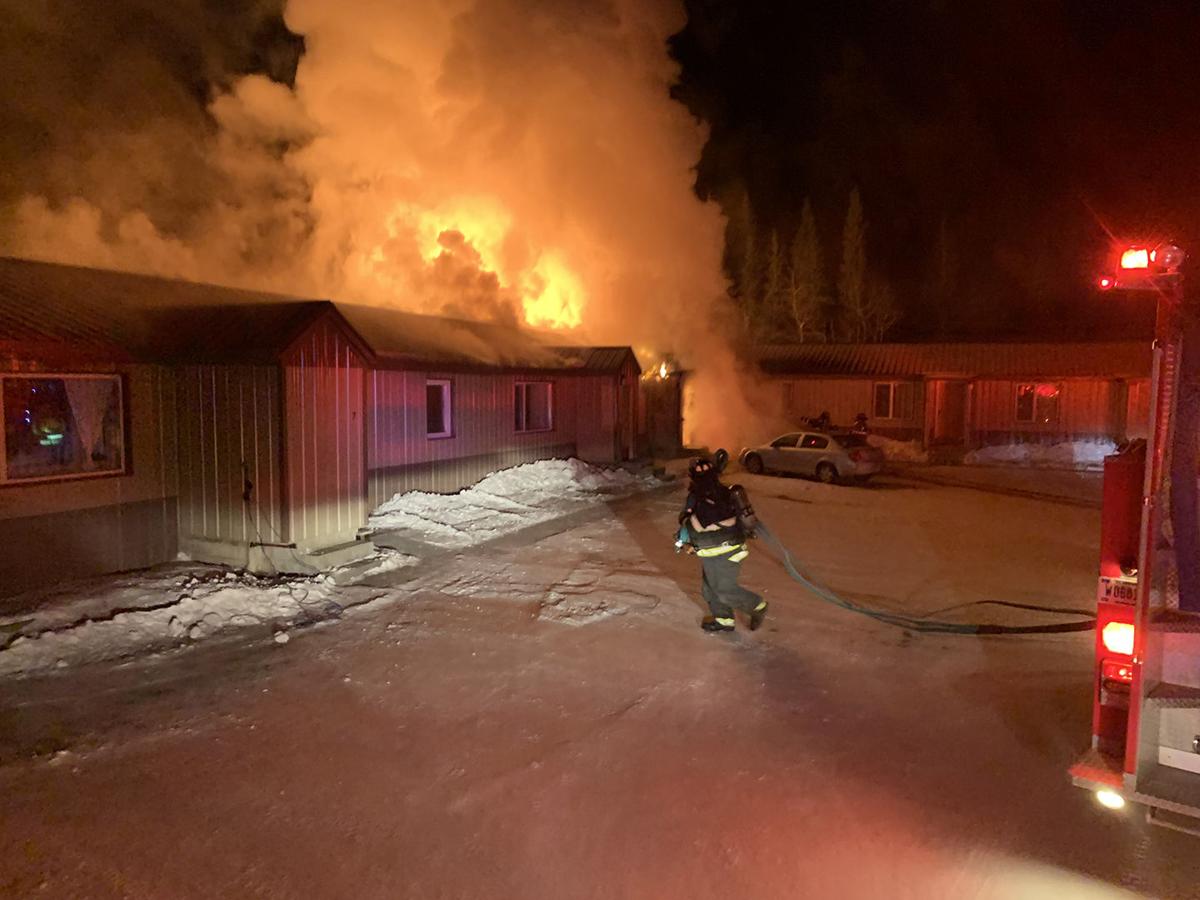 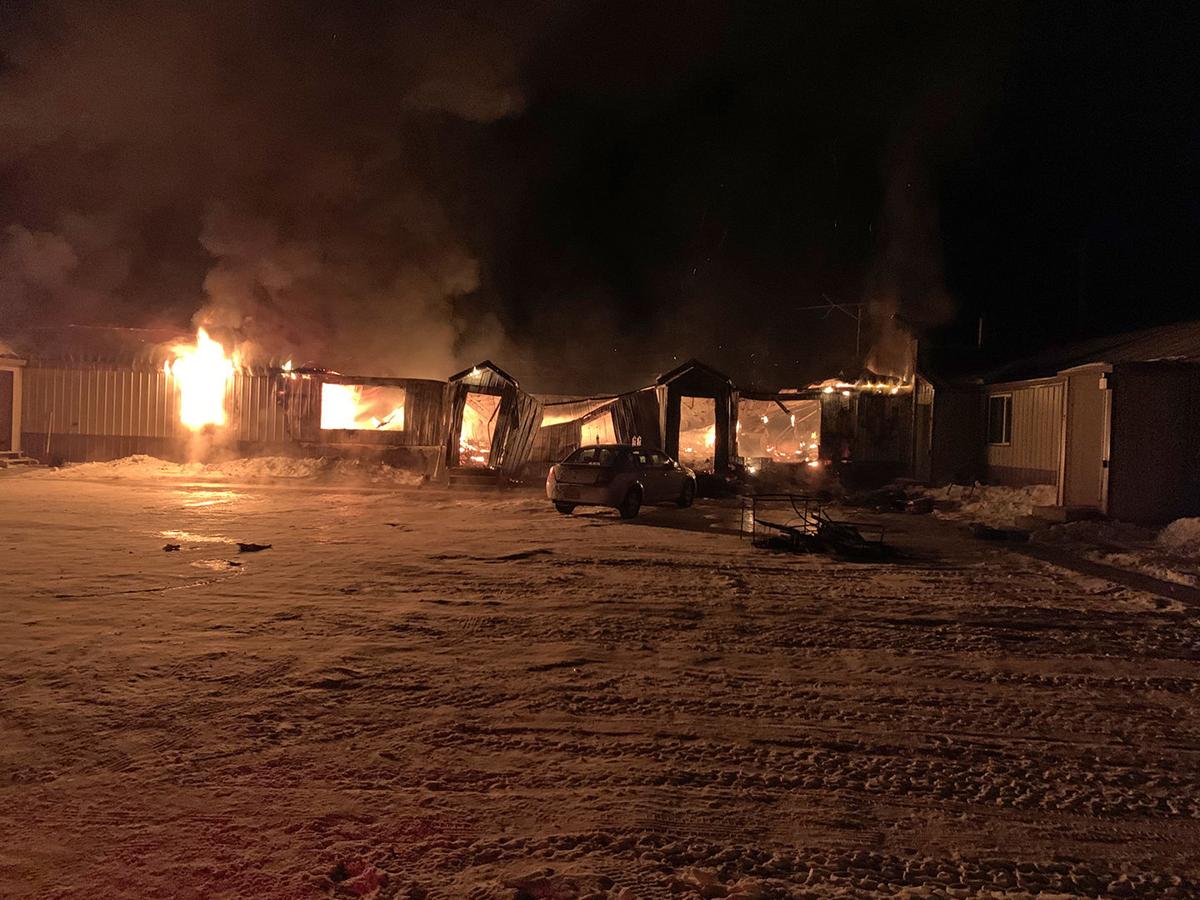 The building was fully engulfed in flame with firefighters arrived back at the fire on Tuesday morning.

The building was fully engulfed in flame with firefighters arrived back at the fire on Tuesday morning.

A fire Monday night and early Tuesday morning destroyed four apartments in a complex on Kimbell Street near North Clearwater Avenue, leaving several families homeless. Little has been released about the fires at this time.

The original fire was reported about 8 p.m. Monday at the complex. Fire department personnel from the City of Delta Junction, Rural Deltana, and Fort Greely were able to contain the majority of the fire to one unit in the complex. Personnel were on scene until about 1:45 a.m. to make sure the fire was completely out and wasn’t going to rekindle.

Fire crews reported no hot spots and no smoke when they left the scene at 1:45.

At 5 a.m. this morning departments were dispatched to the same location for a fire with the building completely engulfed with flames. The entire building section was destroyed when the first fire personnel arrived on the scene.

As of 11 a.m. fire department personnel are still on the scene.

The cause of the fires is being investigated by the State Fire Marshal’s office.

The Red Cross is assisting the victims and a trailer belonging to Rural Deltana Volunteer Fire Department is being set up in the IGA parking lot for anyone wishing to drop off donations. At least two children, a seven and 16-year-old lived in the complex.

The author is the assistant chief with the Rural Deltana Volunteer Fire Department and was the officer in charge of the initial attack on both fires.

Michael Paschall is the editor and publisher of Delta Wind and can be reached at editor@deltawindonline.com.

Are you glad to finally see some cold weather?