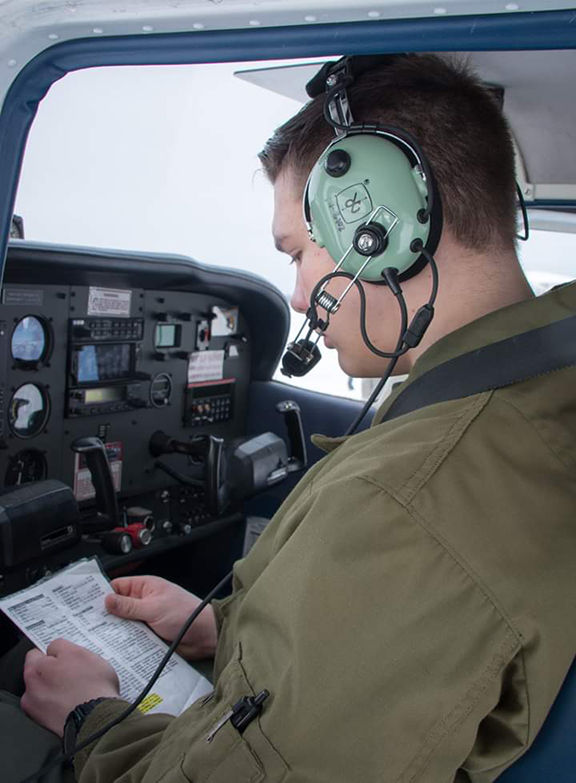 Cadet Schmidt reviews his checklist before his solo teat flight. 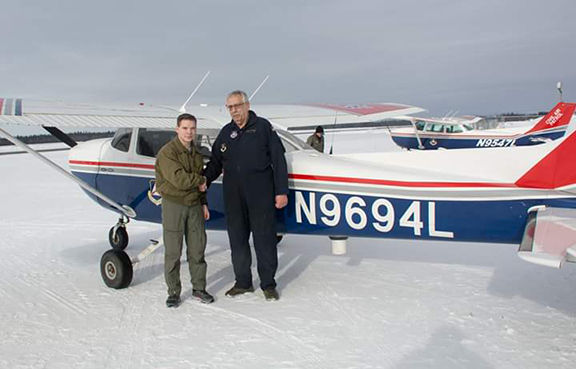 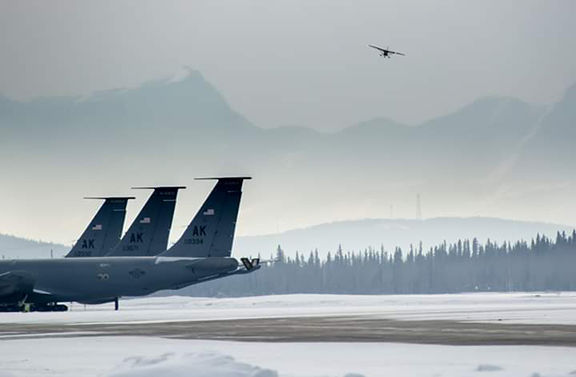 Cadet Schmidt lines up for final approach at Eielson AFB.

Cadet Schmidt reviews his checklist before his solo teat flight.

Cadet Schmidt lines up for final approach at Eielson AFB.

The plane’s engine revs, the airframe surges forward as the brakes are released, “CAP 5035, cleared for takeoff” comes the static filled voice of the US Air Force Air Traffic Controller. Cadet Second Lieutenant Luke Schmidt opens the throttle of the Civil Air Patrol (CAP) Cessna 172, accelerates down the runway, and lifts into the sky, beginning his first powered student solo flight.

Cadet Luke Schmidt, 16, was one of six CAP Cadets to attend the National Flight Academy – Alaska at Eielson AFB and was the only student to solo at the academy. In recognition of his hard work and dedication to advancing his aviation career, Schmidt was selected as the Distinguished Graduate of NFA-AK.

The Cadet Wings scholarship, part of the joint US Air Force and CAP youth aviation initiative, is a merit-based program, providing formal flight training for CAP Cadets pursuing a private pilot certificate (PPC). This program funds most expenses related to earning a PPC up to a maximum of 60 flight hours – approximately $12,000. The Cadet Wings program has graduated 48 cadets since January 2019 and has an additional 21 cadets enrolled, out of 28,300 CAP Cadets nationwide.

Cadet Second Lieutenant Schmidt joined the CAP in September 2015 and currently serves as the Cadet Commander of the Delta Force Cadet Squadron in Delta Junction.

For information on how to register your 12 to 18 year old son or daughter or to volunteer at a squadron near you, email Deputy Director of Cadet Programs 1st Lt Jacob Baugh at jacob.baugh@akwg.cap.gov or visit www.akwg.cap.gov.

Were you unable to attend DHS graduation because of the pandemic?