You have permission to edit this article.
Edit
1 of 3 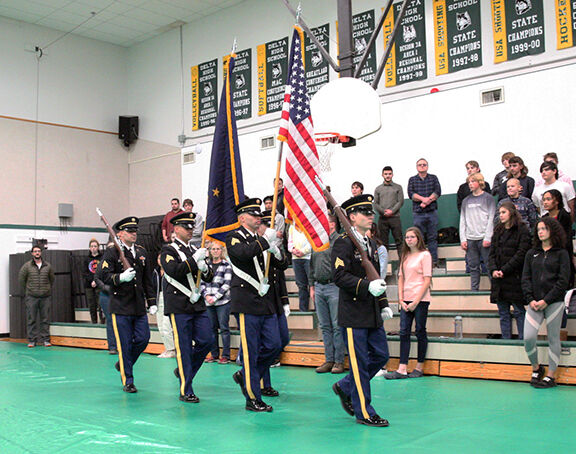 The presentation of colors by the 49th Missile Defense Battalion Honor Guard to begin the ceremony. 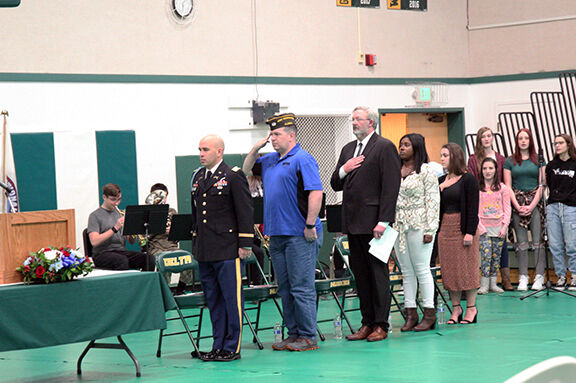 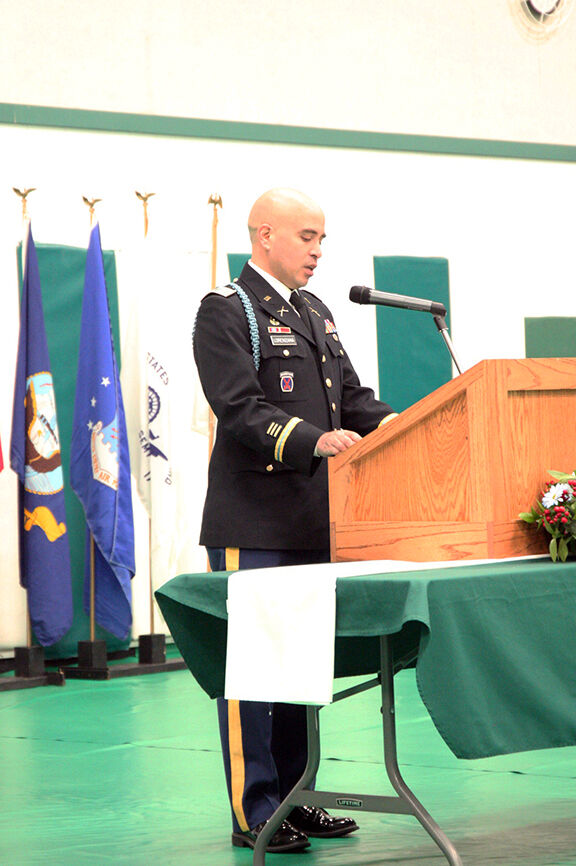 The presentation of colors by the 49th Missile Defense Battalion Honor Guard to begin the ceremony.

Delta High School’s annual Veterans Day ceremony took place Thursday afternoon honoring those who have served the U.S. in the military. The ceremony began with the presentation of the colors by the 49th Missile Defense Battalion honor guard followed by an impressive rendition of the National Anthem by the DHS band and choir.

The keynote speaker for the ceremony was Major Jorge Lorenzana, the operations officer for the 49th Missile Defense Battalion located at Fort Greely.

Maj. Lorenzana spoke about the history of Veterans Day and the honor and respect that we provide on this special day for all veterans.

VFW Post Commander David Hutcheson spoke about more of the history of Veterans Day as well as explaining the meaning behind the symbolic missing man table.

Veterans Day, which was originally known as Armistice Day, had its roots when World War I came to an end at the 11th hour of the 11th day of the 11th month of 1918.

In 1926 the U. S. Congress of the Unites States adopted a resolution requesting that President Calvin Coolidge issue annual proclamations calling for the observance of November 11 with appropriate ceremonies.

How much of your holiday shopping do you plan to do in local Delta Junciton stores?