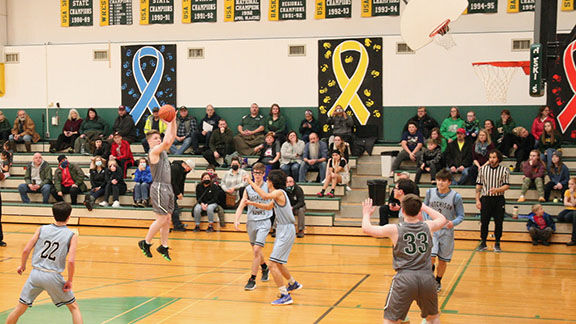 Sophomore Donovan Koba takes a shot from outside.. 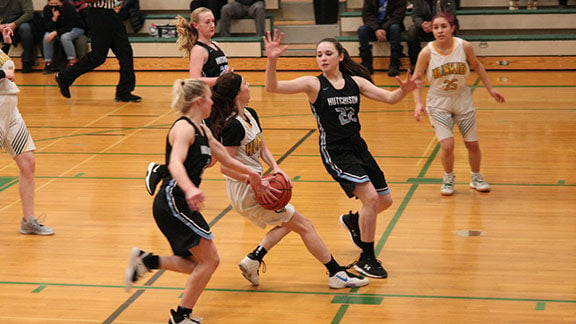 Freshman Lourdes Lester is fouled as she prepares to bring the ball up for a shot. 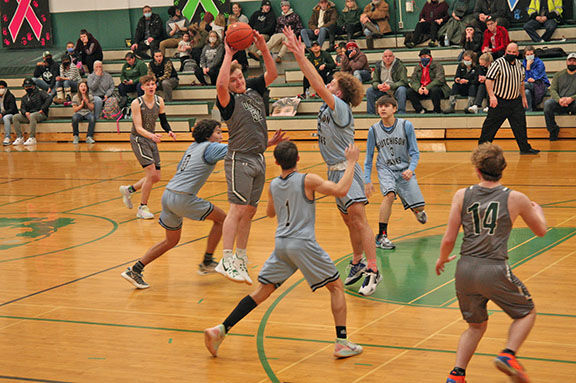 Sophomore Donovan Koba takes a shot from outside..

Freshman Lourdes Lester is fouled as she prepares to bring the ball up for a shot.

The sounds of balls bouncing, athletic shoes screeching, whistles blowing, and buzzers ringing welcomed about 150 fans to the first high school basketball game in a very long time. The only things that were missing was the smell of popcorn and the taste of a hot pretzel and hotdogs.

The varsity girls were first to see just how good the teams from Hutchison was going to be. The Hawks drew first blood and stayed in front the entire game. The Lady Huskies played well and rallied in the fourth quarter but were not able to grasp the win falling 33-28. Lourdes Lester put up a very respectable 11 points.

The Huskies boys came out onto the court for their contest showing a confidence that was noticeable. The Huskies were the first to score in the opening seconds of the game and were the commanding presence on the court.

The Hutchison boys came out and mounted a respectable offense but were not able to turn back rolling momentum that the Delta boys were displaying. The Hawks would advance and the Huskies would answer leaving the Hawks having to play catch-up for the entire game.

When the game entered the second half, the Husky boys turned up the heat and outscored their opponents by 10 points in both the third and fourth quarters.

When the final buzzer sounded, the Huskies handily swept away the Hawks 76-48.

Shooting from the outside, 27 of the Hawks points came from three-point shots.

For the Huskies, Austin Durham scored 25 points while Ben Bialik put up 18 and Joel Gonzalez added 10.

Basketball action returns tomorrow morning at 10 a.m. when the JV boys take on Tok. Later in the day Eielson will be in town to take on the varsity boys and girls at 3 p.m.

Will you be traveling when kids are out of school for spring break?