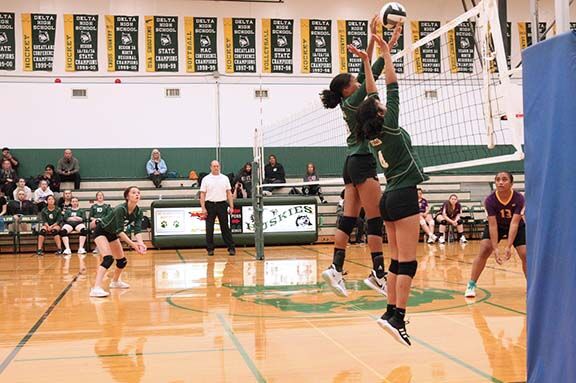 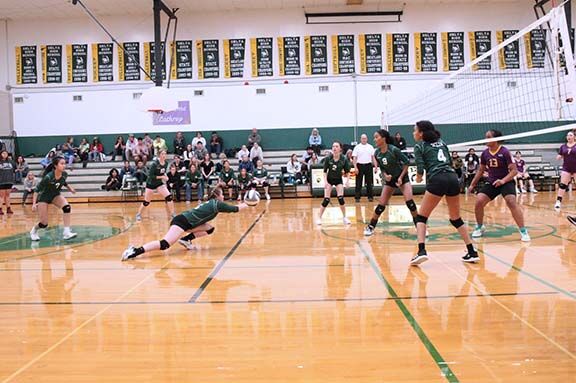 Julianna Williams digs down deep to save the ball from dropping in for a point. 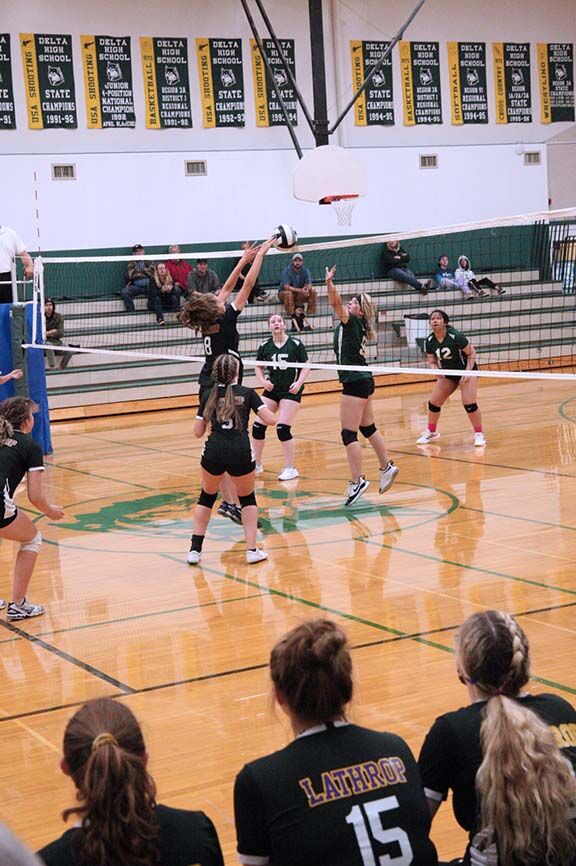 Freshman Christa Davis gently sent the ball over the top of the net to drop straight down.

Julianna Williams digs down deep to save the ball from dropping in for a point.

Freshman Christa Davis gently sent the ball over the top of the net to drop straight down.

The DHS Huskies volleyball season kicked off their home opener on Friday as the Lathrop Malamutes were in town. This was the first look that the hometown fans got to see how the junior varsity and the varsity girls teams would perform.

The JV girls were up first and showed that their team has some encouraging talent. While Delta did not win the match, the games were very close, and it took five games to declare the winner.

The JV team is comprised of mostly freshman and sophomores which means that if the girls continue to improve from where they are right now, the future for the varsity girls team looks to be very bright.

Holly Stewart, the head coach for the JV girls commented that the girls held their own and, “They really worked well together as a team.”

As competitive as the JV girls game was, the varsity play was much more aggressive.

The Lathrop team was evenly split between juniors and seniors whereas the Delta girls only have three seniors on the team. By virtue of fewer seniors on the Delta varsity team, the future likewise looks bright for the Lady Huskies.

The Malamutes ended up taking the match in four games, but the Delta girls kept the games close.

Varsity coach Danielle Schmidt said, “I was extremely proud of the way our team played against Lathrop!  They have a powerful hitter and we were able to make some adjustments on the go that lead us to some great touches and defensive plays.  We had some aggressive serving that got them out of their system and we were able to go on a few runs. The energy shifted back and forth between teams throughout the match. We need to work on getting consistent with our serve receive and communication throughout the match. I was very pleased with our overall performance. It was great to be back in the gym with fans after only having one match last year!”

The Delta girls will be traveling the entire month of September and returning to Delta to take on the Valdez Buccaneers on October 1 at 4:30 p.m. and on October 2 at 9:30 a.m.

With increased truck traffic coming, should DOT install a signal light at the Richardson Highway and Nistler Road Intersection?

With increased truck traffic coming, should DOT install a signal light at the Richardson Highway and Nistler Road Intersection? Click to answer.